To share your memory on the wall of Alberto Figueroa-Garcia, sign in using one of the following options:

Provide comfort for the family by sending flowers or planting a tree in memory of Alberto Figueroa-Garcia.

Provide comfort for the family of Alberto Figueroa-Garcia with a meaningful gesture of sympathy.

Alberto Figueroa-Garcia, (aka“Albert” “Al”), died unexpectedly at his Rockville, MD home on Tuesday, February 12, 2019. He was 58 years of age, born August 7, 1960, in Merced, California, the son of Mary Catherine Figueroa and the late Victo... Read More
Alberto Figueroa-Garcia, (aka“Albert” “Al”), died unexpectedly at his Rockville, MD home on Tuesday, February 12, 2019. He was 58 years of age, born August 7, 1960, in Merced, California, the son of Mary Catherine Figueroa and the late Victor Manuel Figueroa.
Dr. Figueroa-Garcia graduated from Merced Union High School and completed his Bachelor of Science in Business Administration from the University of Maryland University College in Heidelberg, Germany. He continued his educational pursuits earning a Master’s Degree in Business Administration - Summa Cum Laude in 1998 from Strayer University in Washington, D.C., and a Doctorate of Education in Organizational Leadership from Argosy University in Washington, D.C. in 2014. Because of his ethos of self-improvement and deepening interests in culture and public policy, Alberto continued formal studies in the areas of cross-cultural education and training and completed doctoral level training in Public Policy at George Mason University.
His employment history also reflected his passion for self-development and personal growth. In 1980, he joined the United States Army serving in the Adjunct General’s Corp. He served as a Personnel Action Specialist and Protocol Aide for two General Officers, while stationed in Heidelberg, West Germany until he was honorably discharged in 1988 as Staff Sergeant. In 1989, Dr. Figueroa-Garcia began his professional career at the American Psychological Association (APA) in Washington, D.C., first in the Finance Department and then the Office of Ethnic Minority Affairs where he would remain for the next 29 years. Alberto worked tirelessly and often behind the scenes, rising to the role of Associate Director. As a steadfast guardian of encyclopedic historical knowledge of the APA and OEMA, Alberto supported the psychology community - especially its members of color, while being an advocate and advisor to APA’s membership. He was the co-author or co-editor of various OEMA publications, guidebooks, articles, and research reports. Alberto actively encouraged the establishment of the APA Graduate Student Committee on Ethnic Minority Affairs (APAGS-CEMA), which has catapulted many students of color into leadership roles in APA governance.
Alberto was instrumental in numerous APA activities, committees, and actions supporting and advancing diversity in psychology and the visibility and contributions of psychologists and students of color. He also spoke at local schools, universities, and the business community on cultural diversity in the workplace and options for career opportunities for people of color in psychology. He held an adjunct faculty position from 2015 to 2018 at The Chicago School of Professional Psychology.
Alberto also demonstrated his commitment to equity and social change by serving on numerous community services and policy organizations and committees including; Latino Civil Rights Project; Healthy Families, Thriving Communities Collaborative Council; Columbia Heights/Shaw Family Support Collaborative; the D.C. Mayor’s Commission on Latino Community Development; and most recently, the All of Us Research Program Director’s Think Tank. He also tutored at the Cesar Chavez Public Charter School for Public Policy in Washington, D.C.
Alberto was an affiliate member of the APA, APA’s Division 45, the American Education Research Association, the National Alliance for Hispanic Health, and a Lifetime Member of the National Latinx Psychological Association, and received numerous accolades and awards for his community involvement and professional efforts.
His father Victor Manuel Figueroa, brothers Victor Manuel Figueroa Jr. and Joseph Figueroa preceded him in death. He is survived by his mother, Mary C Figueroa, Sisters Peggy Macias (Charlie), Carroll Buller (Michelle), many beloved nieces and nephews, close and dear friends, and a host of colleagues.
Alberto had the rare quality of being deeply serious and deeply humorous at the same time. No person escaped being the subject of his seriously funny wit, wrapped in an undeniable intellect. His smile came easily and his laughter was contagious. His passing will forever be marked with bittersweet sadness and joy by those who knew and loved him – and will miss the opportunity to share a laugh, enjoy his beautiful sly smile, find refuge in his quiet strength, and enjoy the comfort of his gracious and giving heart.
The Figueroa family requests that donations in lieu of flowers be made to The National Latinx Psychology Association (NLPA). Donations may be made online.
Details regarding a memorial tribute in the Metropolitan Washington, D.C. area will follow. A memorial in California will be held Thursday, March 14, 2019 at St. Anthony Catholic Church, 1799 Winton Way, Atwater, CA.

Receive notifications about information and event scheduling for Alberto 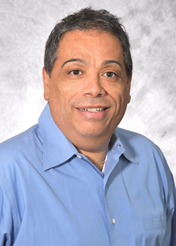 We encourage you to share any memorable photos or stories about Alberto. All tributes placed on and purchased through this memorial website will remain on in perpetuity for generations.

Honor the life of Alberto Figueroa-Garcia by planting a memorial tree.
Plant a Tree in Memory of Alberto
Planted in the area of greatest need

We encourage you to share your most beloved memories of Alberto here, so that the family and other loved ones can always see it. You can upload cherished photographs, or share your favorite stories, and can even comment on those shared by others.