To share your memory on the wall of Alice Norris, sign in using one of the following options:

Alice Lund Norris passed away at her Capital Hill home on October 29, 2020. She was born on May 21st, 1933 and was predeceased by her parents Mildred and Ralph Norris and her two sisters, Eugenia Kemp and E... Read More
Alice Lund Norris 1933 - 2020

Alice Lund Norris passed away at her Capital Hill home on October 29, 2020. She was born on May 21st, 1933 and was predeceased by her parents Mildred and Ralph Norris and her two sisters, Eugenia Kemp and Elizabeth Dressler. Alice was born in Madison, Wisconsin, attended North High School, Swarthmore College and received a Bachelor’s degree from the University of Wisconsin. She was a member of the Delta Gamma Sorority. She received a Master’s degree in Mid-East Studies from Georgetown University and as part of her studies lived in Beruit, Lebanon.
Ms. Norris was a long-time resident of Capitol Hill and was active in many of the community Organizations . She was an active member of Christ Church and was a Board member of Congressional Cemetery and a member of Capitol Hill Village. Alice was an intrepid traveler and there were not many countries she did not experience. An avid reader, she was a member of multiple book clubs, and enjoyed theatre and Symphony.
Alice had a long time career in the Federal Government and retired from Air Force Intelligence. She is survived by her two nieces, Susan A. Dressler and Elizabeth L. Dressler.
A memorial service at Christ Church will be held in early 2021. The date and time will be announced when confirmed.
Read Less

Receive notifications about information and event scheduling for Alice

We encourage you to share your most beloved memories of Alice here, so that the family and other loved ones can always see it. You can upload cherished photographs, or share your favorite stories, and can even comment on those shared by others.

Plant a Tree in Memory of Alice
Plant a tree 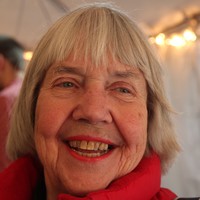