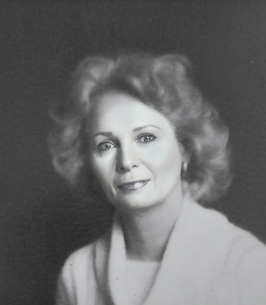 Barbara Hain Kosnett passed away at the age of 92 on November 11, 2022, in Gaithersburg, MD. She was born in Jersey City, NJ on December 1, 1929.
Barbara was known for her devotion to friends and family, particularly her children. She was a skilled illustrator and a passionate devotee of the New York Mets baseball team and mid-20th century music, including big band, jazz, and vocalists like Frank Sinatra and Tony Bennett.
Barbara spent her childhood in Jersey City, alongside her father Russell Hain (a police officer), mother, Dorothy Hain (a homemaker), and siblings Doris and Ronald. As a teenager during WWII, she volunteered as a hospital “candy striper.” Following her graduation from Jersey City’s Snyder High School, she worked in administrative positions at the Newark headquarters of the Prudential Insurance Company, where she met her future husband, Lawrence Kosnett. They married in July 1953 and had two children. In later years, Barbara lived in Boca Raton, Florida and Gaithersburg, Maryland. She traveled extensively, to such destinations as Jamaica, Japan, Turkey, and The Netherlands (where she sought information on her Dutch roots).
Barbara is survived by her sons Jeffrey Kosnett (Deborah) and Ambassador (Ret.) Philip Kosnett (Alison), and by her grandchildren Alexander and Nicole.
A memorial service celebrating Barbara’s life will be held in Atlanta at a date to be announced.