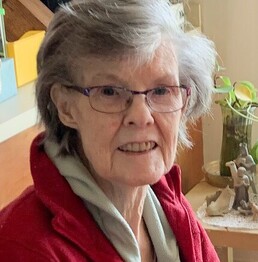 On Thursday, October 27, 2022, Diana Elizabeth Talbert, a beloved lifelong friend to many, passed away in Rockville, Maryland. She was 79. Born April 21, 1943, to Virgil O. and Kathryn M. Talbert in Hutchinson, Kansas, and raised in Nebraska with her two brothers, Richard and David (both deceased). She graduated from Ripon College, Wisconsin, with a degree in English. She did a junior year abroad at Exeter University, England. In 1973 she earned a master’s degree in teaching English as a Second Language (ESL) at San Francisco State University. Diana went on to be a teacher for the Peace Corps (PC) in Malawi (1967-68) and worked in Botswana for several years and traveled extensively through Africa. Then in Washington DC she consulted for PC headquarters, and many USAID (Agency for International Development) funded projects, as well as various UN (United Nations) agency programs, including fieldwork in Southeast Asia and Eastern Europe. She traveled to over 30 developing countries, over nearly 25 years.

In later life she alternated between living on the West Coast and the Washington DC area. She taught ESL courses in various institutions including Harvard and the University of California; she also added realtor and tour guide to her credentials.

Diana was an avid global traveler, teacher, photographer, birder, dancer, collector, and reader. “Adventurer” is a description that is fitting for the way she lived her life. Her heroines were women who were “early pioneers” traveling alone in remote countries, long before it was fashionable. Diana, herself, was one of the first women pilots licensed to fly in the Republic of Botswana in 1970. She also poled the Okavango Delta in a makoro, a traditional dugout canoe from Botswana, twenty years before it was featured in National Geographic. She traveled extensively throughout the continent of Africa, in addition to South America and Asia. She left a rich collection of ethnic artifacts, and a collection of her own beautiful photographs that document her travels and experiences. Her subjects were always more people than landscapes.

Diana was best known for her quick-smile, wry sense of humor, far-ranging curiosity, and determination. Given her broad interests and experience, she would readily give advice and share her opinions. She is survived by her niece Kristine (Talbert) Glasgow and Kristine’s two daughters Kaylee and Rachel, of whom Diana spoke fondly, and her nephew, Shawn Talbert. Diana was cremated and buried at Lincoln Memorial Cemetery in Nebraska, near her parents. She had expressed the wish that, in lieu of giving flowers, those who wished to honor her would donate to Heifer International (www.Heifer.org), an income-generating organization serving subsistence farm families and communities in developing countries. Friends may leave remembrances at https://memorials.interfaithfunerals.com/Diana-Talbert/5057535/index.php.