To share your memory on the wall of Douglas Kelly, sign in using one of the following options:

Print
Douglas Elliott Kelly passed away peacefully at home on September 17th, 2020 with family at his side. He was 87.

Doug was born in Cheyenne, Wyoming and spent his formative years in suburban Chicago and Denver. His interest in Biology beg... Read More
Douglas Elliott Kelly passed away peacefully at home on September 17th, 2020 with family at his side. He was 87.

Doug was born in Cheyenne, Wyoming and spent his formative years in suburban Chicago and Denver. His interest in Biology began young, as he often adopted and tended to a variety of injured or orphaned animals. He went on to earn his Bachelors degree in Zoology from Colorado State University and his PhD in Biological Sciences from Stanford University. In his college years, he was an amateur mountain climber and spent summers working as a National Park Ranger.

Doug spent most of his professional life describing the structure of the components of cells and teaching Microscopic Anatomy to medical students. For the last eight years of his career he served as Associate Vice President for Biomedical Research at the Association of American Medical Colleges.

The son of an aviation engineer, Doug had a life-long interest in airplanes. He earned his pilot’s license in 1971 and loved attending “fly-ins”. He had an extensive model airplane collection and spent several years building a single-engine “Kitfox” at home, which he flew himself. He served as Chairman of the Homebuilt Aircraft Council of the Experimental Aircraft Association (EAA) for several years.

By interesting contrast, Doug’s mother was a talented and prolific oil painter. Late in his life, Doug reflected a great deal on how he was the unique product of the diverse influences of both his parents. He attributed his deeply felt respect and appreciation of the natural world to his mother’s influence. She also saw to it that he was educated in the visual arts as well as the performing arts. His early experience playing the french horn led to a life-long love of classical music (the one tap dancing class she somehow convinced him to take did not have the same effect).

Above all else, Doug enjoyed his roles of devoted husband and father, and adoring grandfather. Despite his age, he remained a boy at heart who had an infectious sense of humor. He enjoyed entertaining others with songs, jingles, and funny stories from his early years. He was always keen to know more about everyone he met and was happiest watching the achievements of those he cared about. He will be missed tremendously.

In lieu of a service, his family invites and encourages sharing favorite memories, photos and videos of Doug on his tribute page.
Read Less

Receive notifications about information and event scheduling for Douglas

Print
Per Doug's wishes, no formal services will be held.

We encourage you to share your most beloved memories of Douglas here, so that the family and other loved ones can always see it. You can upload cherished photographs, or share your favorite stories, and can even comment on those shared by others.

Posted Dec 01, 2020 at 03:53pm
Sir, you had a great aura surrounded you, felt your present from one meetup and it was never forgotten. The world was blessed to have you.

Posted Sep 24, 2020 at 11:42am
Dr. Kelly was a dear friend to Franklin College and he will be missed. While not a graduate of Franklin himself, his parents and an aunt were proud alumni and Dr. Kelly chose to honor their legacy by donating his microscope collection to our science center. The display is a focal point, housed in the atrium of our building where students, faculty, staff and guests can enjoy its history. I had the privilege of talking with Dr. Kelly numerous times on the phone and I met his daughter, Erin, when she transported the collection to our campus and set up the display. The best part was when Erin Facetimed her dad to show him the completed display. I had to chuckle when he urged her to move something an inch this way or that. Oh, how he wanted to be there in person to help! The delight on his face when the finishing touches were added was priceless. It's not every day you cross paths with someone like him. I'm sure glad I did! On behalf of Franklin College, I offer sympathies on your loss, but I also celebrate with you a life very well-lived! Bravo, Dr. Kelly! Peace to all, Nora Brems, Franklin College. 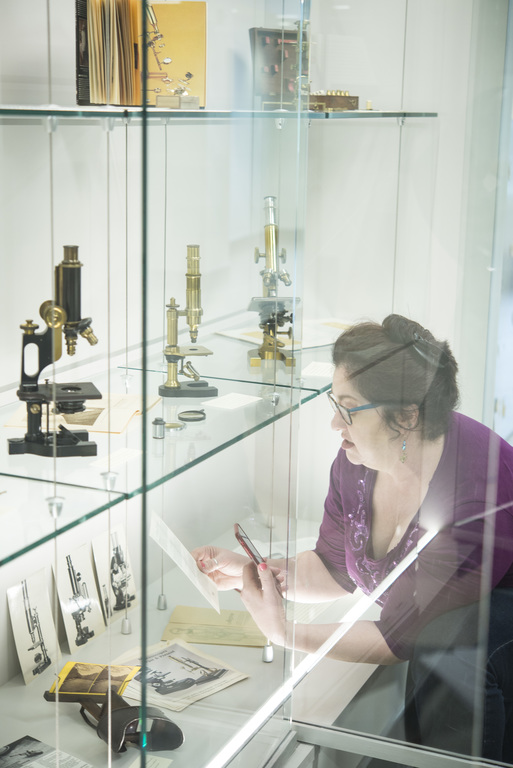 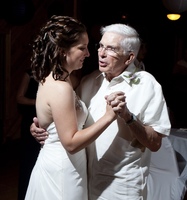 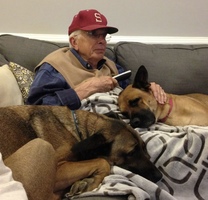 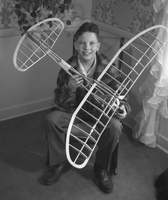 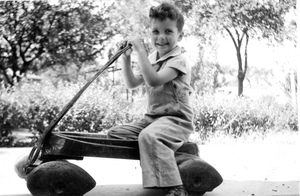