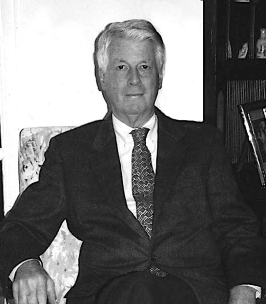 Freeborn Garrettson Jewett died peacefully on the morning of June 24 at his home in
McLean, Va. Garry lived to be 94, and had a happy and fruitful life.

One in a long line of F. G. Jewetts, Garry was born in 1927 in Bryn Mawr, Pennsylvania and
grew up in Philadelphia, New York, Chicago and finally Southport, Connecticut with his
parents, fondly called Mid and Misde, and his two brothers, Kirk and Frank. In Southport, at
the Pequot Yacht Club, Garry learned to sail as a boy, and that became his lifelong passion.
Garry attended Westminster School and then Yale College, though his undergraduate years
were interrupted by service in US Army Counterintelligence Corp in Korea. He attended
Yale Law School, and went on to have a long and interesting career in law, first with
Simpson Thatcher in New York, and then in various legal department roles with the Inter-
American Development Bank (IADB). He retired in 1990 as General Counsel. While at
IADB, Garry traveled extensively throughout Latin America before international travel was
common, enriching his world view and bringing a better understanding of the region to
policy makers in Washington, D.C.

He met Joan Sanford Lewis through Yale-Vassar connections, they were engaged on the
porch at his beloved Pequot Yacht Club, and married in 1952 in Warwick, New York. They
enjoyed a long and happy marriage. Together, they created a large family of six children:
Lucy Lowenthal (Peter) of Bethesda, MD; Garrett Jewett of New York, NY; Sanford Jewett
(Beth) of Warrenton, VA; Edward Jewett (Alexandra) of Upper Montclair, NJ; Libby Jewett
(Stephen Teach) of Bethesda, MD; and Hope McKalip (Fred) of Upperville, VA.

Garry moved his family from Manhattan to McLean, Virginia in 1960 to join the IADB. Garry
and Joan developed a life pattern which included McLean during the school year, with
Warwick, New York in the summer, and regular visits to the coast of Maine and the
Adirondacks. Garry loved being on the water. His favorite place was probably Stonington,
Maine and the rocky coastline of Little Coombs Island.

Garry Jewett was a tireless advocate for the environment. During his career and for
decades following his retirement, Garry worked in board and volunteer fellow roles for
multiple environmental groups including Defenders of Wildlife, Environmental Defense Fund,
World Wildlife Fund, the Nature Conservancy and World Resources Institute.

He also served as Chairman of the Corcoran Gallery Board and as President of the
Metropolitan Club. His last big volunteer project with Joan was saving the Pleasant Grove
Church on Lewinsville Road in McLean with the help of a band of concerned neighbors.
Garry enjoyed sporting and socializing at the Metropolitan Club, Chevy Chase Club, Gibson
Island Club, and his favorite, the Alibi Club. He also was a long-term member of the
Ausable Club and founding member of the Warwick Valley Country Club.

During the last few years of his life, Garry was blessed with, and grateful for, the care of a
team of caregivers who provided him with comfort, dignity and good humor. On behalf of
Mom and Dad, we give thanks to Tina Addoteye, Mary Heyward, Meskerem Belay, Marissa
Doctor, Anita Jennings and Shitaya Zewdie. Garry and Joan have also relied on, and are
eternally grateful to, Morrisey Bryant, Judy Gray, Anwar Said, Julio Fuentes and Jeaneth
Rodriguez.

Garry was a smart, hard-working, generous and purposeful man with a keen intellect and
broad understanding of the world. Together with Joan, he was a gracious and tireless host
for extended family and many friends. Their Christmas Carol and Daffodil parties were
large, happy affairs for the young and old.

Garry is survived by his wife, Joan, their six children and their respective families, by his
older brother, Kirk, and by a legion of nieces, nephews, and a few dear friends.
A small memorial service for the family will be held this summer. Donations in Garry’s
memory may be made to The Friends of Pleasant Grove, www.historicpleasantgrove.org (Garry Jewett Memorial Giving) or to any of the worthy environmental organizations named above. Memories of Garry may be shared at www.interfaithfunerals.com.