To share your memory on the wall of James Vietti, sign in using one of the following options:

Provide comfort for the family by sending flowers or planting a tree in memory of James Vietti.

Provide comfort for the family of James Vietti with a meaningful gesture of sympathy.

James was born in Parsons, Kan., April 8, 1985. He spent many of his formative years in Neosho, Mo., as well as El Dorado, Kan. His home away from home became Washington, D.C., where he lived the last 17 years of his life. The law was his passion as reflected in his statement that “I cannot imagine devoting my life to any other vocation.”

Gregarious from birth, and a person who knew no strangers, James had a penchant for verbiage, or as some might say, the gift of gab. Indeed, many quarters were paid to James as a child in exchange for his silence in the car on family road trips and to use on trips to the video game place with his godmother, Mary Ann. He may also have exceeded the given time limit for his best man speech at his brother’s wedding by seven minutes, and again when he performed the wedding ceremony for his sister and her husband. He had the gift of telling a story like no other, and although his father, Ray, was hoping one of his five children would be an athlete, James’s path as a lawyer was cemented after he spent his childhood soccer career skipping down the field and picking dandelions. That was reinforced by his high school forensics skills. Like the famed E.F. Hutton, when James spoke everyone listened.

He spent much time during his teenage years patiently transporting his younger brother to and from school and sporting events, and never complained about spending time playing games. He may or may not have even called his younger brother in sick from high school to take him to laser quest with some of his college friends one fateful winter break.

His nieces and nephews adored their Uncle James and rightly so. He always was up for playing any kind of game, and they delighted in teasing him because he was so good natured. So did their friends as evidenced by the on-going debate about how to pronounce the word “caramel.” Uncle “Jamesy Juice” was everything an uncle should be and an extraordinary role model for each of them.

Like his father, he was a softie at heart and gave the best bear hugs. Also like his father, his smile and wit could win over everyone in a room. His laugh was infectious. With his mother, he shared a love of words and was eager to find solutions to problems entrusted to him by those closest to him. James listened deeply to those around him, making it clear how much he truly cared. Like his mother, James’ mantra was that food is love, and he and she spent many evenings on her trips to visit him having important (or not!) conversations over food and wine. Additionally, dining in Washington’s up-and-coming and out-of-the-way restaurants with his friends was a favorite pastime and a means of celebrating life and friendships. He had a close circle of amazing friends from college, law school, and work, and one of his friends wrote to say, “James was love. He was loyalty. He was warmth. He never missed a single one of my kids’ birthday parties or any event that was special to us. He was a good friend. He was a beautiful person. Everything is a bit darker today without him here. May his memory be a blessing.” His family could not agree more.

Receive notifications about information and event scheduling for James 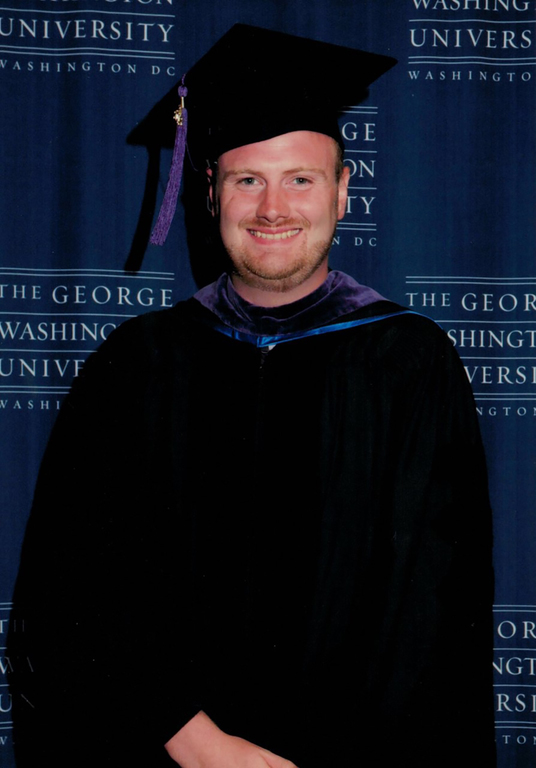 We encourage you to share any memorable photos or stories about James. All tributes placed on and purchased through this memorial website will remain on in perpetuity for generations.

Sarah Robb and Neosho County Community College have planted a memorial tree for James Basham Vietti.
Plant a Tree in Memory of James
Planted in the area of greatest need
GM

We send our love, thoughts and prayers to each of you you during these difficult times.

Dr. Vietti and family,
I extend my deepest condolences to you and your family on the loss of James.
Janece English
Comment | Share Posted Feb 13, 2021 at 03:59pm via Condolence
BE

Dear Jackie and Family
I am so saddened to hear of your loss. I worked with Ray at EMC and know how proud he was of his family. Please know you and your family are on our thoughts and prayers.
Brad & Alisyn Edwards - Wichita KS
Comment | Share Posted Oct 26, 2020 at 10:26am via Condolence
SA

Jackie and family,
We are heartbroken at your tragic loss. While we didn't know James, and cannot imagine your grief, we see that he was deeply loved by many. As a mother of sons, I pray you will find joy and serenity as you celebrate the life you shared with him.
Susan & Bruce Armstrong
Comment | Share Posted Oct 22, 2020 at 04:14pm via Condolence
SR

Dr. Vietti - I was so saddened to hear about this, please accept my sincere condolences.