To share your memory on the wall of John R. Hocker, sign in using one of the following options:

Provide comfort for the family by sending flowers or planting a tree in memory of John R. Hocker.

Provide comfort for the family of John R. Hocker with a meaningful gesture of sympathy.

John was born in Elwood, Indiana and distinguished himself in academics and sports which earned him an appointment to the US Military Academy, and a spot on the West Point track team. He graduated from West Point in 1957 with honors. During his Army career, he served as an airborne ranger, with over 600 parachute jumps, completed combat tours in Vietnam and Cambodia, and accepted positions all over the world. John had a spirit of adventure and curiosity and a passion for experiencing the world. Early in his career, he was selected as an Olmsted Scholar to receive his master’s degree in applied mathematics at the University of Freiburg in Germany and was later selected to teach math at West Point. He was also chosen to attend the French War College in Paris for a two-year tour where he represented the US and parachuted into the D-Day memorial ceremony in Normandy in 1977.

Following a distinguished career in the Army, John joined Martin Marietta for 12 years as a director in the space and communications division. Later, he was appointed Executive Director of the Nationals Science and Technology Medals Foundation, a non-profit organization to support and enhance the profiles of the laureates of Science and Technology awarded medals by the President of the United States each year. In retirement, he faithfully volunteered until January of this year for SCORE, a DC non-profit, where he mentored small business and non-profit leaders. Throughout his career, John never lost his love of serving and inspiring others, and always left an organization better than he found it.

John was married to Barbara (née Siemers) of Wakefield, Kansas for 58 years. They met and married in Bamberg, Germany while he was on assignment and she was a schoolteacher, later becoming a reading specialist. Their first assignment was as Aide-de-Camp in Naples, Italy to Admiral Russell, the second highest ranking officer in the Navy, and commander of Allied Southern Forces in Europe. There they entertained the likes of then Vice President Johnson and many other dignitaries from around the world. John was a man of many talents: fluent in German and French, an expert ski instructor along with wife Barbara, accomplished parachutist, elder of his church, community volunteer, and Sudoku and crossword aficionado.

Most important to John was his family and his Christian faith. He is survived by his wife, Barbara, daughter Connie (husband Greg) Buchalter of Colorado Springs, CO and son Guy (wife Michelle) Hocker of Arlington, VA. He was a loving grandfather to Allison (husband Sam) Ivan, Ryan and Cameron Buchalter, and Rachel and Julia Hocker. John’s siblings include: Margaret (husband Bill) Muston (both deceased), twin sisters: Nancy (husband Larry) Pedro (both deceased) and Linda (husband Mike) Hardin, and twin brothers: Jerry (wife Bonnie) Hocker and Larry (wife Sharon) Hocker. He was proceeded in death by his parents Joseph and Helen Hocker. John was a long-time member of Fourth Presbyterian Church in Bethesda, Maryland where he served as an elder, directed the new members class for over 25 years, and developed many of his closest and dearest friends.

John will be buried at Arlington National Cemetery with honors and have a memorial service on a date yet to be determined.

Receive notifications about information and event scheduling for John R. 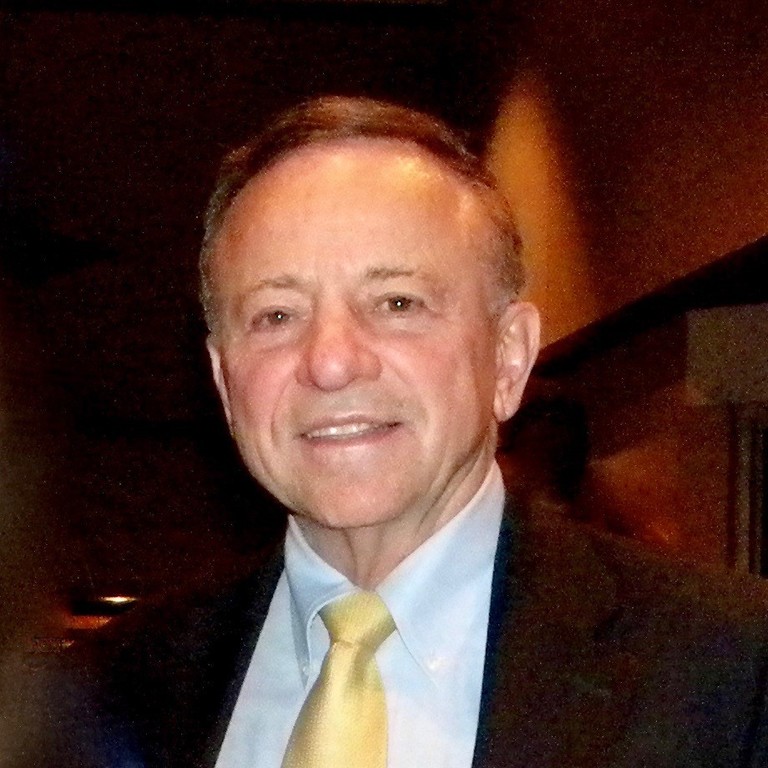 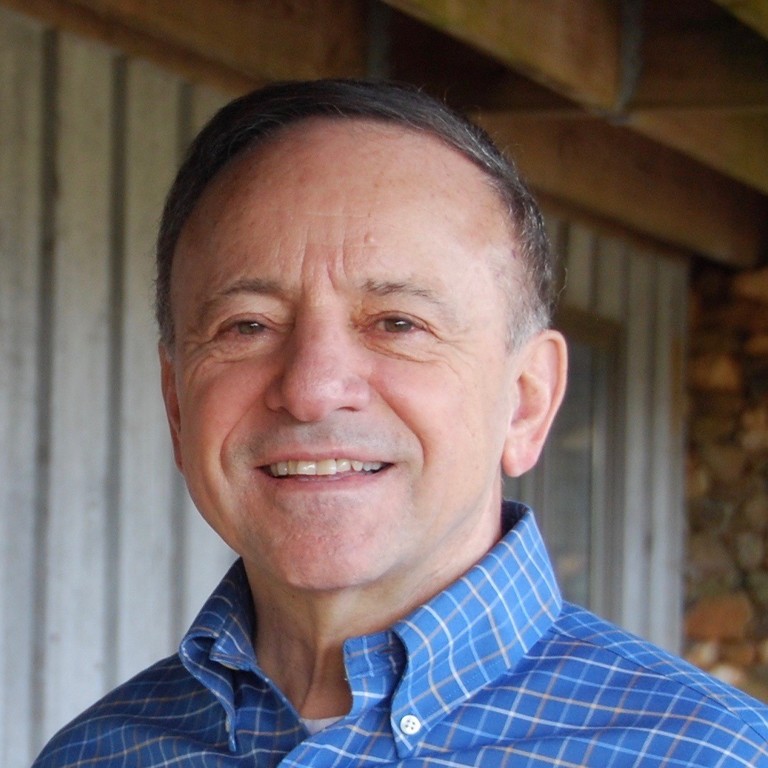 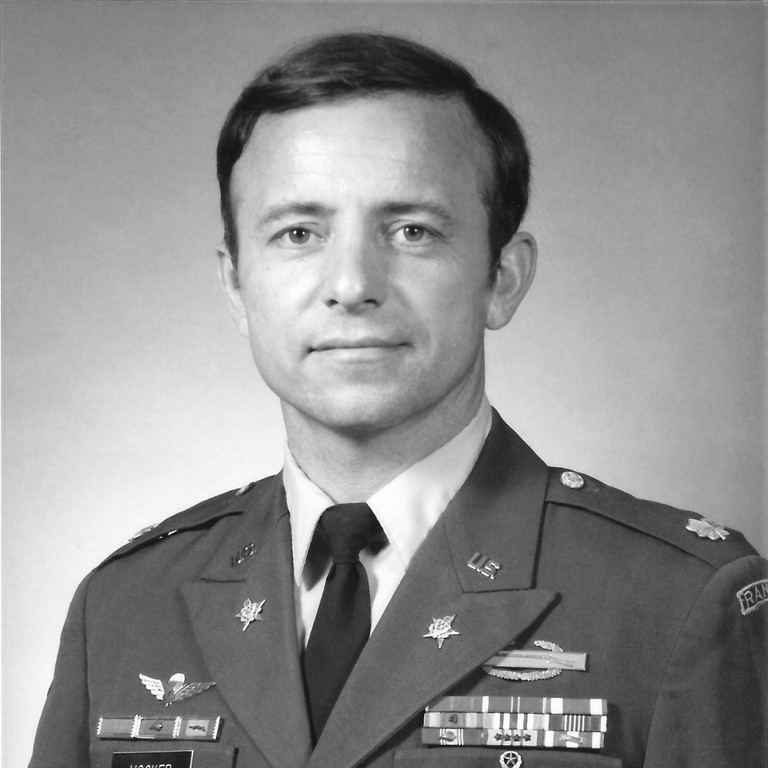 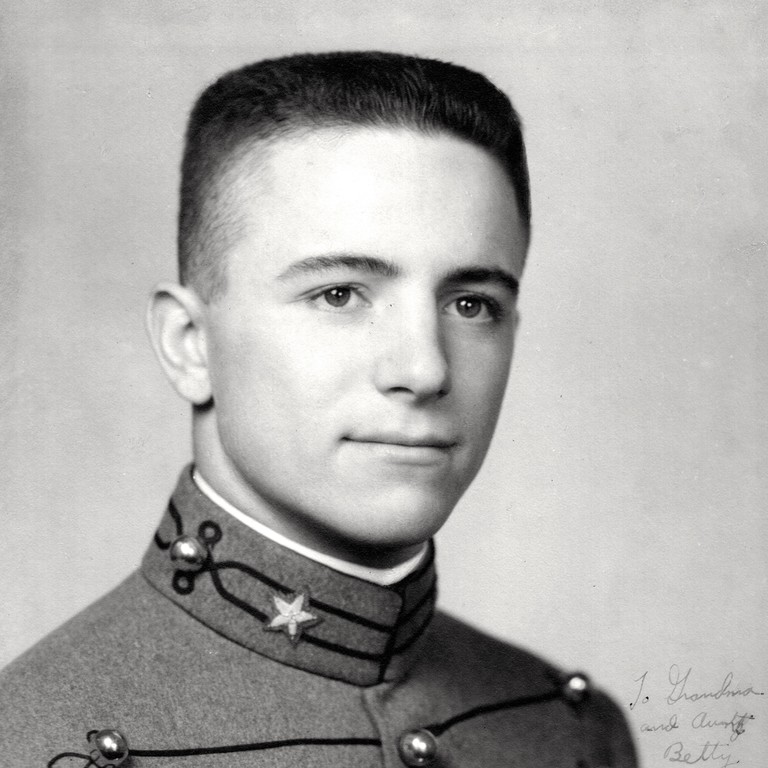 We encourage you to share any memorable photos or stories about John R.. All tributes placed on and purchased through this memorial website will remain on in perpetuity for generations.

Dear Barbara and Family, I am very sorry for your loss. I had the pleasure of mentoring with John at SCORE and shared many lunches in downtown DC. John was always kind and patient with all of his clients, and to his fellow volunteers, like me, who had the pleasure of knowing and enjoying his company and expertise. His life was so full and accomplished. I admired him so very much. Warmest regards, Dee Rogers
Comment | Share Posted Sep 03, 2020 at 12:32pm via Condolence
SP

Connie, Greg, Barbara, Allison, Sam, Ryan, Cameron, we are so sorry for your loss, yet so grateful John is in heaven now with our dear savior. What an amazing life he had here on earth, and an incredible legacy he leaves with his family. May Christ give you His peace during this difficult time. Love, the Petersons.
Comment | Share Posted Aug 27, 2020 at 08:54pm via Condolence
ME

I had the pleasure of working with John for about two years as a SCORE mentor. We would eat lunch every Monday in what John called the “mess hall” or the SCORE conference room in the SBA Building. He was a very non-judgmental person who spoke highly of his service in the military. He had a great number of stories – his time in Thailand and the Elephant or how he got an overseas assignment by picking up on languages such as German. He had a quiet type of intelligence. His humbleness and devotion to God and country were unquestioned. I learned a lot from him. When I mentored with him, he would always make sure you understand certain truths – Who owns your Non-Profit? The Public owns your non-profit, not you. I will miss him very much. - Matt Evans, DC SCORE Mentor
Comment | Share Posted Aug 27, 2020 at 05:06pm via Condolence
ES

I volunteered with John at SCORE, a non-profit that helps entrepreneurs start and grow profitable businesses. I would often see John at chapter meetings or communicate with him about my clients who could benefit from his expertise, especially in non-profits. John was a consummate gentleman, a polished professional and a great guy. I am sorry to hear of his passing
Comment | Share Posted Aug 27, 2020 at 04:11pm via Condolence
TM

Dear Barbara, Connie and Greg, and Guy and Michelle, I am so sorry. All of us at Fourth Church are praying for you, asking the Lord to minister to you very tenderly in these days.
Comment | Share Posted Aug 26, 2020 at 03:22pm via Condolence