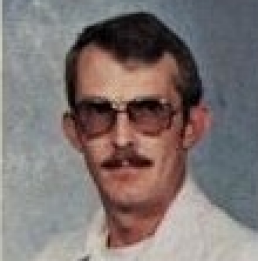 On Monday, August 22, 2022, Lee Douty Goodwill, 71, passed away at Shady Grove Medical Center, Rockville, MD. Lee was born on July 1, 1951, in Galveston, Texas to Philip and Nedra Goodwill. He was the loving husband to Rosanne Goodwill for 48 years. He was the father of Lara Goodwill-Ruby (William) of Gaithersburg and step grandfather to Caitlan Artuna (Erim) of Las Vegas. He was the brother of Sallie Schulman (Marvin) of Silver Spring, MD and Philip David Goodwill (Susan) of Salado, TX. He is survived by his mother-in-law, Ann Bippert of San Antonio, TX and sister-in-law Nanette Poole (Victor) of Waco, TX and brothers-in-law John Bippert of San Antonio, TX and Charles Bippert (Cindy) of Round Rock, TX and numerous nieces and nephews around the country.
After high school, he enlisted in the U.S. Navy and served in VA-93 aboard the USS Midway (CV41) in Vietnam and then was homeported in Yokosuka, Japan. He advanced in his Navy career as an electronics and calibration technician while stationed in Naples, Italy and Sigonella, Sicily, numerous bases in the U.S., aboard the USS Enterprise (CVN65), and concluding his career as a plank owner of the USS Theodore Roosevelt (CVN71).
Per his wishes, his ashes will be buried at sea from a Navy ship. In memory of Lee, contributions can be made in his name to the Alzheimer’s Association (www.alz.org) or to the Navy-Marine Corps Relief Society (www.nmers.org).