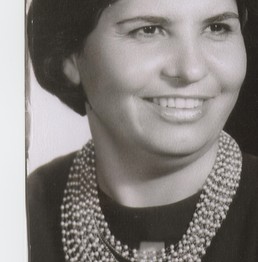 Mrs. Mosleh was a third generation Baha’i and was raised in a Baha’i family in Hamedan-Iran. The Baha’i Faith aspires to world peace, abolition of prejudice, equality of men and women, and unity of peoples everywhere regardless of color, creed or national origin among its twelve guiding principles. Mrs. Mosleh moved to Tehran after getting married, raised a family, and remained there until moving to the United States due to violent torrents of the Iranian revolution in 1979 that resulted in intensified persecution of the Baha’is in Iran including summary executions, imprisonment, confiscation of personal property and business solely based on their religious beliefs. In 1983 Mrs. Mosleh became a United States citizen and for over 30 years resided in Denver, Colorado until moving to Maryland in 2008. She remained a Baha’i throughout her life and was an active member of the Baha’i Community of Montgomery County Central.