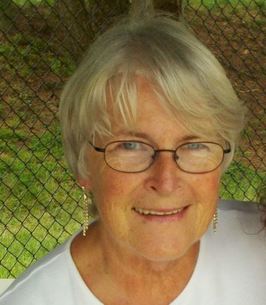 Pamela Eileen Turner, beloved mother, Grammie, great-Grammie, aunt, sister, and friend, died peacefully surrounded by her children on April 20, 2022, after a long and brave battle with endometrial and blood cancer. She was six months away from her 80th birthday.
Born in Troy, NY on October 16, 1942, to the late Florence A. Lagasse and the late William G. Turner, she was raised in Tewksbury, Massachusetts by her father and his second wife, Elizabeth Hislop. She is survived by her siblings William Jr., Robert, Thomas, and Florence, as well as daughters Kim Leaird and Amy (Santana) Parson, and sons Jeff Leaird and Andrew Santana. She leaves 12 grandchildren: Amanda, Brittany, C.J., Eleana, Alexa, John, Sam, A.J., Parker, Mason, Cody, and Piper, along with 4 great-grandchildren: Logan, Lucas, Lex, and Idris. She also leaves behind her senior kitty Lily who was lovingly adopted by her sister, Flo.
After graduating from Tewksbury High School in 1960, Pam attended Boston University for two years before leaving for a secretarial position at Harvard College, setting the stage for a long executive assistant career working for companies such as Computer Corporation of America, Praxis, Comsat, Lockheed Martin, and Merrill Lynch in Manhattan – where she stood under the twin towers on the morning of 9/11 when the first and second planes hit them on her way to work – a painful memory she carried always. She loved traveling and exploring other cultures and met her first husband, John Leaird, in Bermuda while on a spring break vacation with girlfriends. Ten years later, married to second husband Luis Santana, she moved her children to the Dominican Republic where she worked as a tour guide, bank teller, travel agent, and airline agent — first for Air Florida and then for Capitol Airways.
Other than her family, she adored and cared for all animals — fostering elephants in Africa (Godoma, Dololo and Ziwa), contributing funds to a donkey sanctuary, among various other animal charities, and was a very busy foster to countless special needs and senior pets.
Her other passionate love was as a Color Guard and Honor Guard in both the competing and alumni Hawthorne Caballeros Drum and Bugle Corps, which she was a part of for many years, and in which she made many dear and lifelong friends. To these friends, we are forever grateful for the close friendships and lasting memories that our mother cherished.
Pam’s final request is that a celebration of her life be held in the summertime, outside in nature, where all of her children, grandchildren, siblings, friends, and pets can be together. If you feel moved to do so, a donation in her name to The Sheldrick Wildlife Trust (an elephant sanctuary in Kenya) or to your favorite animal rescue group would most honor her memory.