To share your memory on the wall of Shuffie Nagessar, sign in using one of the following options:

Print
It is with great sadness that the family of Shuffie Nagessar announces his sudden passing, on December 24th, 2020 at the age of 68 years.

Shuffie will be lovingly remembered by his surviving wife of 41 years, Doreen and his children Jenn... Read More
It is with great sadness that the family of Shuffie Nagessar announces his sudden passing, on December 24th, 2020 at the age of 68 years.

Shuffie will be lovingly remembered by his surviving wife of 41 years, Doreen and his children Jennifer, Michael, and Esther. He will be fondly remembered by his two grandchildren Nyima and Tayvian, his two brothers Joey and Boxer and a host of nieces and nephews. Shuffie was predeceased by his parents Zida and Harrilal Nagessar and his sister Shariffa Nagessar.

Shuffie, who was affectionately known to his family as ‘Boyie’, was born in San Fernando, Trinidad on March 30, 1952. He immigrated to the United States of America at the age of 17 in search of a better life for himself. Shortly after settling in the New York City borough of The Bronx, Shuffie obtained his first job at a factory in Manhattan making leather belts and purses. While working, he met his wife Doreen and after the birth of their children, they subsequently moved to Gaithersburg, Maryland. Shuffie was employed by MCPS where he worked for 33 years and retired in the summer of 2020.
Shuffie was a very simple and loving man. He devoted his life to his family and to the worship of his Lord and Savior. He joined the God of Prophecy of Rockville in 2014 where he regularly attended service. He was very active within his church community and he loved his church family.

Shuffie’s grandchildren, Nyima and Tayvian, were the light of his life. He enjoyed spending time with them, along with his daughter Esther, and he talked about them every chance he had. He had a passion for cooking and loved to prepare dishes from his Trinidadian heritage for his grandchildren to embrace their culture.

Shuffie was loved by many and will be dearly missed.
Read Less

Receive notifications about information and event scheduling for Shuffie

Show you care by sending Flowers

We encourage you to share your most beloved memories of Shuffie here, so that the family and other loved ones can always see it. You can upload cherished photographs, or share your favorite stories, and can even comment on those shared by others.

Posted Dec 29, 2020 at 09:16pm
My deepest condolences to the family, church family and friends. May you all withdraw your strength from the Lord Jesus in this sad time. Sleep in peace Shaffie🌹🌹🌹
Campbell Roberts
Comment Share
Share via:

Posted Dec 29, 2020 at 09:15pm
Brother shaffie was one of my most favorite people in my life he will be sorely missed but he's in heaven now with a new body'and with no pain my prayers are with with his family
Pastor Daniel
Comment Share
Share via:

Posted Dec 29, 2020 at 09:13pm
Bro Shaffie, a wonderful man who loved God with all of his heart and loved people. He will be greatly missed by all. Our loss is heaven’s gain! My thoughts and prayers are with the family at this time!
Indra Balram
Comment Share
Share via:
DP

Bro Shaffie he was truly a man of God who lived a life as a child of God. He always had a word of encouragement to say to me and Paul. He was a wonderful human being very kind caring and always smiled whenever we would meet in church. He will surely be missed but one thing I am sure He is resting in the arms of our Lord and Savior Jesus Christ. We send our Condolences to the family. We will be praying for them. Dolores and Paul St Paul. 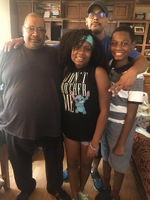 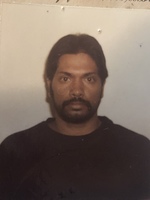 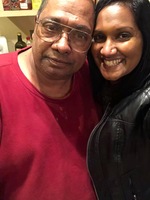