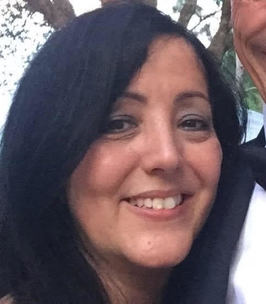 It is with great sorrow that the family of Stephanie Anderson would like to announce her sudden and unexpected passing at her home in Germantown, MD on Friday, June 17, 2022. She was just 54 years young.

Stephanie shined bright as an Executive Administrative Specialist for the DC Metro Board of Directors where she worked for the last nine years. She will be greatly missed by her team and her family. In her spare time Stephanie found an immeasurable amount of joy in spending quality time with her four grandchildren and taking care of her niece Zoe who lived with her. She loved taking the kids out and about and would be there for them at the drop of a dime, no request was too big or an inconvenience when it came to her grandchildren and Zoe. Those children were her everything. She also valued being a devoted mother to her two children, Sara and Dominic, and an amazing support system to her four sisters and a reliable and thoughtful friend to countless others. To say Stephanie was one of a kind is a massive understatement. Her smile was out of this world, her laugh was contagious and her kindness was unmatched. She was so beautiful and deeply caring but also confident, independent, and an extremely hard worker. She was the epitome of a go getter, working hard to give herself the means to enjoy life even in whichever way she saw fit. She lived freely without the stress of worrying about what other people thought of her and she valued being honest to others, everyone knew when dealing with her that the they were going to get the honest truth but also that it always come from a place of love. Stephanie loved traveling to Colombia, the country her mother was from, and had a vast network of friends and loved ones there that will miss her dearly as well. A graduate of Middletown High school in 85’ she quickly moved to Germantown where she spent her adult years in a home she loved dearly. A social butterfly by nature, she was well known throughout the Montgomery County and the Frederick areas. You could always count on her to be out and about, no matter the occasion she always made sure to show up. She was a very generous person and we have received countless messages from people she was helping in so many different ways. Stephanie loved to do for others and thrived on helping people in any way possible. She was detail oriented and used that attention to detail to help loved ones and strangers by noticing small things that most other people would overlook, she was extremely selfless and there was nothing Stephanie wouldn’t do to help someone in need, she lived for others and often found joy in bringing people happiness. The world has lost such an amazingly beautiful soul.

In lieu of flowers we request donations be made to the GoFundMe created for Zoe which will be kept in a savings bond to be given to her when she turns 18. https://gofund.me/0de89e28